Jackson’s Way: Andrew Jackson and the People of the Western Waters (2001)

This is not a book for the politically correct. Praised by some, damned by others, Jackson’s Way tells the story of the conquest of the lands between the Appalachians and the Mississippi and south from the Ohio to the Gulf of Mexico by Andrew Jackson and white settlers, the People of the Western Waters. It is told warts and all, with due recognition of the plight of the Indians, who were faced with waves of invaders who resembled a "plague of locusts," except unlike the insect variety they never went away.


"John Buchanan has written a book that explodes with action and drama on virtually every page. Yet the complex story of the birth of the American West never loses its focus – Andrew Jackson’s improbable rise to fame and power. This is an American saga, brilliantly told by a master of historical narrative." 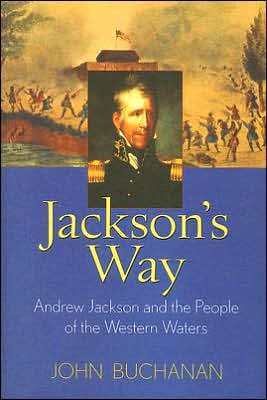