The Road to Guilford Courthouse: The American Revolution in the Carolinas (1997)

The book is about the British campaign of 1780-81 to recover the Carolinas from the American Rebels. Following the fall of Charleston to the British in May 1780 and the spread of British and Tory forces throughout South Carolina, a bitter partisan war began that stymied the British pacification effort and bought the time needed for the appearance of a brilliant American commander, Major General Nathanael Greene, to appear at the head of a small Continental army and merge the respective talents of his regulars and the partisans in a masterful campaign in which General Greene taught his foe, Lieutenant General Charles, 2nd Earl Cornwallis, much about the art of war. To date the book is considered by both scholars and general readers as the best book on the southern campaign.


"A tense, exciting historical account of a little known chapter of the Revolution, displaying history writing at its best."

"His compelling narrative brings readers closer than ever before to the reality of Revolutionary warfare in the Carolinas."

"Buchanan makes the subject come alive like few others I have seen." 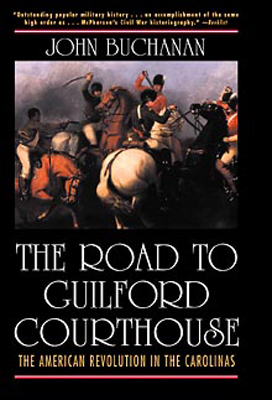