The Road to Valley Forge: How Washington Built the Army That Won the Revolution (2004)

The Road to Valley Forge is a book about men at war and the general who led them during the most critical period of the War of the American Revolution: August 1776 through the winter of 1777-1778. It was during this time that Great Britain had its best chances to destroy the Continental Army and crush the rebellion. But it was also during this period that George Washington evolved from a mistake-prone backwoods soldier to wiser commander in chief of a regular army that in turn developed from rabble into the makings of a professional force.

"Buchanan in a master of the historical narrative...a host of new insights into George Washington as a leader of men." 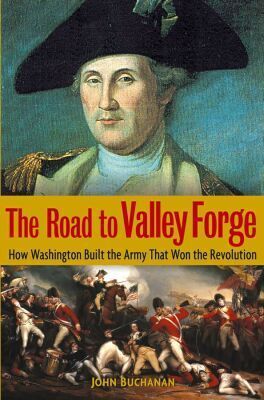